The Ancient Greeks believed that the source of all matter in the world was made up of 4 elements. A belief so strong that it has persevered through much of human history and time.

Each element has obtained common associations with certain traits or even personalities. In reality, each one can mean something unique to or different to each person (or even nothing at all). The words chosen for each card are purely a reflection of how I perceive each element. Some may completely contrast ideas or associations.

Note: The stories I am about to share are not my own. These are legends and myths of various cultures that I have encountered over the years. Each story is written in my own words and the art accompanying each story is my original works. The stories are included because they were the source of inspiration for my art.

These stories may not all be correct. In preparation for writing this, I did fact-check what I could. But the majority of these stories are how I remember them or how the story was told to me.

In the beginning, the world was empty. Perfectly crafted but devoid of all life and “all joy”. A large task it would be to bring the beauty of movement and sound to a place that has none. To fill the world with harmony and joy. The creator knew this and as a result, got to work crafting a helper.

That is how Kotyangwuti, the Spider Woman came to be.

She was given the ability to create life. Gifted wisdom and love would both be required to create beautiful things. Following the instructions of the creator, she built life by taking some dirt from the Earth and mixing it with some saliva. From that, she built The trees, the plants, the mountains, and the canyons.

In time these creations were named by and to each, she hummed a sweet harmony. She followed the same process for all of the animals. Although with these, she would place each animal in a specific direction (north, west, east, south) an indication that they would spread across the land. This was the beginning of the world. Now it was ready for the first people to arrive.

Her web is one of creation, love, patience, and life.

The grasp the night firmly had on the world is starting to slip away. The sun peeks from behind the horizon. With the blessings of the All-Father, two ravens take flight. A seemingly impossible journey ahead of them. They must be as swift as the wind passing through their feathers. For they have an important task.

Both birds were to be hyper-observant and aware. Swallowing up all the knowledge the world has to offer. To observe all things in the realm and recall these happenings exactly as they occurred for, Odin. Aiding in his ever-expanding goal of omnipotence.

Each night the Ravens would return and Odin would get to hear of all the things they had seen. Odin’s companionship with these two ravens earned him yet another name, Hrafnaguð, the Ravens God. For this element, there is no precise legend or story that came to mind when I made my choice of the Salamander.

There are, however, many misconceptions that led to an overarching belief and reputation for these little amphibians. Leading to their usages as a “common magical ingredient” in fictional lore.

“Just add a little tail of newt, eye of frog, and a batwing for good measure!” [ Queue the witch cackle]

This belief was that salamanders were beings of fire and even flame-retardant. A creature so vengeful and fiery that just the slightest touch could kill you. [Although, it should be noted that you should NEVER touch a salamander unless you know what you are doing. Many do secrete toxins through their skin when they feel threatened] Earning these little fellows the title for being the literal embodiment of the element.

Although, even when you dispel the myths they still fit the bill. Not only through the ability to regrow appendages but also through a series of transformative life cycles. First being egg, then larvae, juvenile, and adult. Each has its own set of challenges and adaptions for survivability. Each being its own stage of rebirth and renewal. 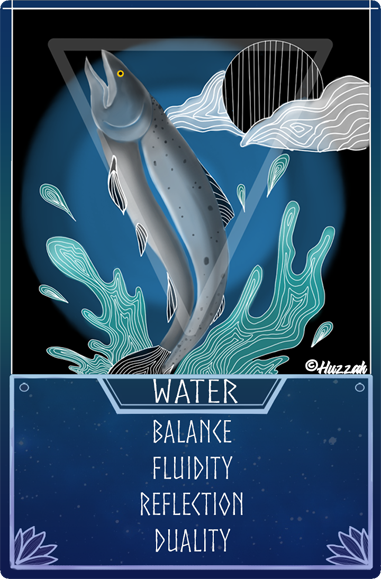 Long ago, the rivers were filled with an abundance of Salmon. A gift that was specifically created for the first people. As long as they took special care to follow the rules taught to them by the Creator, the salmon would always provide.

For a while, the people lived exactly as instructed. Villages prospered and the salmon were plentiful. Then one day, some of the people started taking more than they needed. Their greed resulted in food being wasted. They would not heed the words of others who tried to guide them back to the proper ways.

As a result, the salmon stopped coming. The rivers were empty. Without them, the people became hungry and so did their children. They searched thoroughly for the salmon, hoping to find at least one. Or at least some sign that they would return. Their effort was only partially rewarded. For they did find one salmon, but it was already dead.

The people tried to bring the Salmon back to life with no success. Each person in the village tried. Taking 5 steps over the body of the salmon (this was the process in these days to revive the dead) and still, the salmon lay, lifeless.

Ultimately, upon the last step over the salmon’s body, Grandfather Rattlesnake disappeared into the salmon. The fish awoke and was returned to the river. The people had learned their lesson. The salmon would return and the people would care for them. Exploring the world of nature and science through art.

About this Soul huzzah
Doodler of things and stuff!
Soul Views: 89 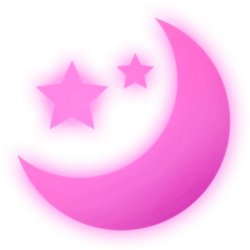 NFT Showroom
nftshowroom.com
One of the 4 'Classic' Elements Inspired by a Hopi Tribe Legend 'Grandmother Spider'
4 months ago /var/home/nyx-labs_com/live/wp-content/plugins/peepso-core/activity/classes/activity.php on line 3683

Warning: Attempt to read property "post_type" on null in /var/home/nyx-labs_com/live/wp-content/plugins/peepso-core/activity/classes/activity.php on line 3686
https://styx.nyx-labs.com/tavern/?status//#comment.462.31331.31331"> 4 months ago
1 person likes this
/var/home/nyx-labs_com/live/wp-content/plugins/peepso-core/activity/classes/activity.php on line 3683

Warning: Attempt to read property "post_type" on null in /var/home/nyx-labs_com/live/wp-content/plugins/peepso-core/activity/classes/activity.php on line 3686
https://styx.nyx-labs.com/tavern/?status//#comment.462.31331.31331"> 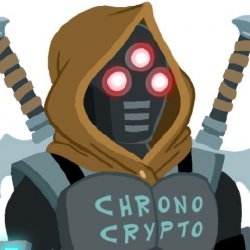 @peepso_user_67(Chrono Crypto)
How did I miss these!.. They look great man!
2 months ago /var/home/nyx-labs_com/live/wp-content/plugins/peepso-core/activity/classes/activity.php on line 3683

Warning: Attempt to read property "post_type" on null in /var/home/nyx-labs_com/live/wp-content/plugins/peepso-core/activity/classes/activity.php on line 3686
https://styx.nyx-labs.com/tavern/?status//#comment.462.39848.39848"> 2 months ago
/var/home/nyx-labs_com/live/wp-content/plugins/peepso-core/activity/classes/activity.php on line 3683

Warning: Attempt to read property "post_type" on null in /var/home/nyx-labs_com/live/wp-content/plugins/peepso-core/activity/classes/activity.php on line 3686
https://styx.nyx-labs.com/tavern/?status//#comment.462.39848.39848">